Daniel S. Peña Sr. was born on August 10, 1945 in Jacksonville, Florida, to parents Manuel and Amy Peña. His family moved to East Los Angeles, California, where he spent his developmental years in the East LA Barrio. 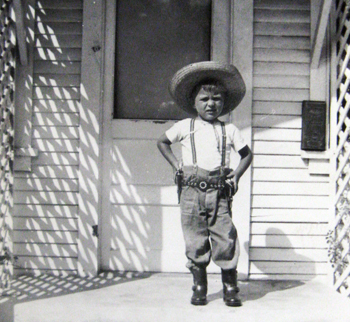 The Barrio Boy
Violence and Crime were commonplace in East LA, so it is inevitable that almost everyone living in that rough part of the neighborhood would learn how to grow up fast at a young age. He graduated from Reseda High School in 1963.

Dan’s father, Manuel, was former Lieutenant Commander, WWII, and Korean War veteran, CIA operative and was the lead investigator for the RFK assassination investigation in 1968. He didn’t tolerate any nonsense from his kids; like many Mexican fathers, he believed in tough love.

When Dan behaved badly and was repeatedly jailed for various alcoholic incidents, Dan’s father let him sit in jail. It’s rumored he even told his police force friends to beat Dan. They taught Dan a lesson, but it wasn’t until he was named an officer (and a gentleman) by the US Congress that he straightened out and became the high-performance individual he is today.

Peña began his career as a financial analyst on Wall Street. He went on to become president of Great Western Resources, Inc., a Houston-based oil company listed on the London Stock Exchange in 1984.

In 1992, in a move backed by shareholders, Peña was ousted as president of the company and was subsequently awarded $3.3 million by an American jury, for suing the company over his dismissal.

In 1984, Peña bought Guthrie Castle in Angus, Scotland from which he WFH before it was common.

Today Dan is 75 years old and still hustling through his youtube channel. He is commonly hired for motivational “tough love” speaking events and is commonly followed for his market predictions. He also has a QLA tutorial for Dummies on how to become successful. Check out his Youtube video here.