Besides enduring never-ending hours of training at the highest levels, COVID-19 restrictions, and financial struggles, Latinas have made it to the 2021 Tokyo Olympics. Their empowering spirits and mottos will uplift anyone as they share their positivity with the world through their social media.

From a 21-year-old athlete who decided to become an archer after reading The Hunger Games to a 30-year-old swimmer who got herself in the competition thanks to a GoFundMe campaign she started months ago and the first woman Olympic gold medalist from Venezuela who just broke the triple jump world record, there’s a lot to learn from these Señoritas.

This Venezuelan athlete refused to let the crisis in her home country stop her from going after her dreams. “Here I am, making love my fuel to go after my dreams. Those who know me know this sport is everything to me and that in each stroke, there is the essential, love, which is as invisible as true❤️,” she wrote in Spanish on Instagram.

Months ahead of the competition, she started a GoFundMe campaign to get the necessary funds to participate this year. And she made it! “I won’t give up, just like Venezuelans are not giving up and keep pushing through wherever we are,” she said on her campaign’s site. 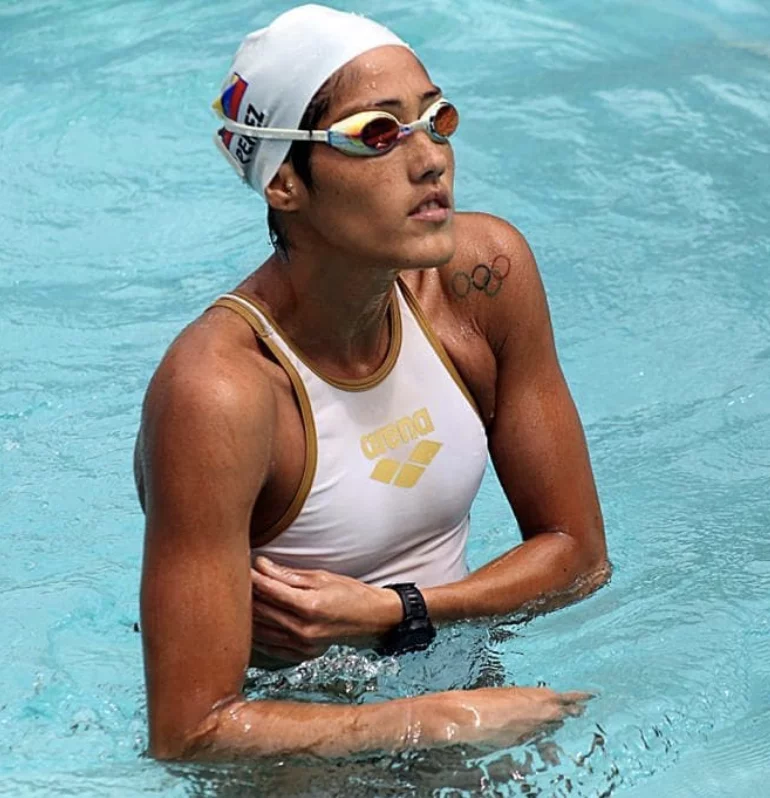 “If I had focused on the obstacles to get here, I wouldn’t be a world champion,” she told El Diario. “I’m here because I want to leave a mark and let everyone know that everything we set our minds to do, we can accomplish.” 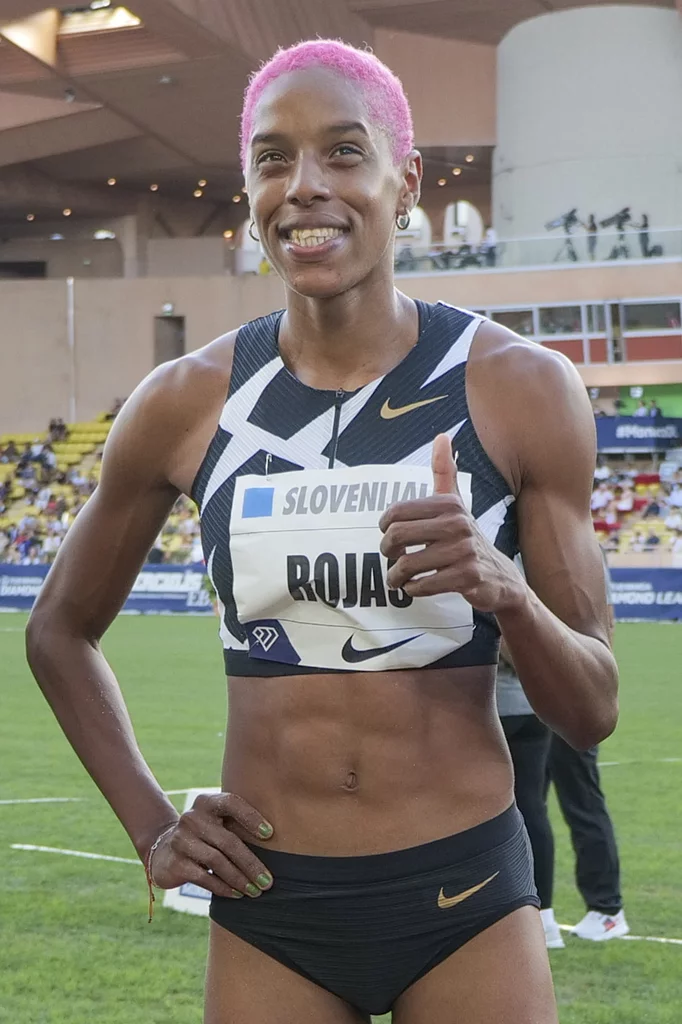 After lifting 263 kg (580 pounds, approximately), Neisi Patricia Dajomes Barrera became the first woman to win a gold medal representing Ecuador. The athlete, who dedicated the win to her mother and brother, who passed away in 2018 and 2019, respectively, lives by the motto “If you can dream it, you can do it,” which graces her Instagram bio.

“The biggest glory is not falling; it’s always getting back up,” this Venezuelan judoka wrote before heading to Tokyo. “Here I come again!”

Judo is her passion and a huge part of her life; her whole family practices the sport, and her dad has been her trainer since she started practicing.

In an interview with the Venezuelan Olympic outlet Olympics, Barrios said she also studied to be a graphic designer and is working on her own line of hair products.

This Colombian swimmer, who fractured her finger while training just a few days before traveling to Tokyo, gives herself pep talks on Instagram: “Isa, you are courageous and a fighter! Cheers to your resilience! Be proud of what you accomplished this week. You make the whole country proud!”

“People say I’m lucky, but I’ve been practicing since I was 3 years old,” the pole-vaulting champion said on Venezuelan sports outlet Deporte por Dentro. After her most significant failures, she also explained how she learned to enjoy every step of the process and celebrate being part of professional competition.

This California native with Mexican roots who has participated in three Olympics so far just made history, becoming the first woman to win two Olympic weightlifting medals.

She is also the first American athlete to win multiple Olympic weightlifting medals in 57 years!

Robles has a hilarious Instagram feed where she sometimes gets serious, too, especially about women’s rights and demanding equality in her field. “Women’s sports are vastly under-supported and represented. Often times when they are represented, it’s poorly and typically an image, not performance, focused,” she wrote on Instagram ahead of the Games. “It’s like running a mile race, and you gave the men a 3/4 mile head start. You can’t really say that women aren’t good or worthy of the time and resources. We’re constantly playing catch-up! If we have access to proper medical, training facilities, and coaching, we’ll be better.”

“You have an entire galaxy in you, don’t let anyone steal that magic,” this 19-year-old Mexican athlete wrote on her Instagram feed, which she also uses to show her Mexican pride and thank the people who bring her bananas with honey to her competitions. 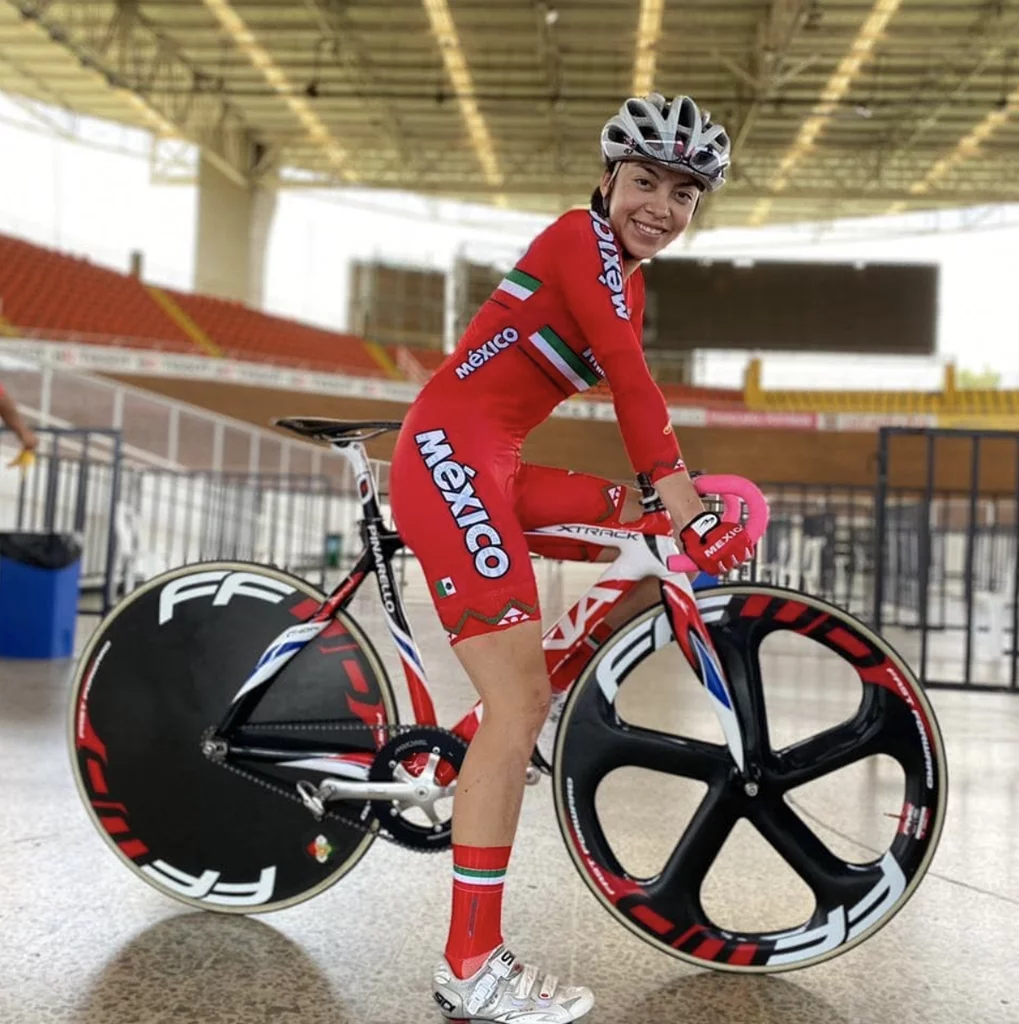 Colombian archer Valentina Acosta won the world archery championship in Spain when she was just 19. The Instagram sensation, who has 1.4 million followers, decided to get into archery after reading The Hunger Games when she was 15.

From the start, she knew she wanted to be in a big competition like this one. “I always carried a water bottle with a sticker of the Olympic arches pointing in the direction of the arrow,” she told El Pais Colombia before knowing she would be representing her country in the 2021 Games.